Practice Reading in English with the Kindle App

Practice Reading in English with the Kindle App While You’re Reading How to use the Kindle app for maximum benefit
Module 2, Topic 1
In Progress
← Previous

How to use the Kindle app for maximum benefit 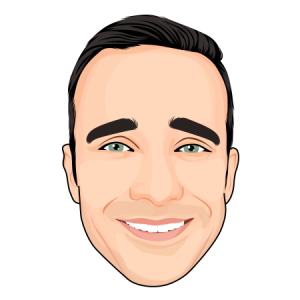 Key take-aways from this lesson

The Kindle app has a lot of great built-in resources. Here’s how we suggest you use them:

Use the highlight function to highlight words you want to study & remember later. Warning! Don’t highlight every word you don’t know! Choose about five to ten per chapter you’d like to learn more about and highlight them for later.

In a different color, highlight grammatical structures, linking words, or other language techniques you’d like to study more. Only pick a small number of these.

After you finish a chapter, go back and study what you’ve highlighted with a teacher. You can also use Grammarly to check some of your writing. I would advise against using Google translate as a study tool.

You can also create your own study cards at Quizlet or practice using a real notebook. (Yes, on paper!)

There is an appropriate time to use Google translate. If you need it to understand something complicated, use it. But try not to make it a crutch.

Now we’re going to get into the meat of things! In this module, I’ll show you what to do inside the Kindle app when you’re reading. So we’ll kick off with this video, but we’ll move into a screen-grab demonstration on my iPad in a few minutes.

The Kindle app has several features that I’ll show you today. Here are some of them:

In the rest of this video, we’ll talk about what you should be doing in the app. If this is hard to follow, then you might want to skip ahead to the Screencast in the next lesson. After you can see what these functions look like, come back and finish this lesson. But I think for most people, it’s best to talk about what the functions are and how to use them first.

If you’re like me, then you’ll probably encounter a lot of words you don’t know. We already talked about this; that’s okay. You don’t need to look up the word unless you want to. When you do look up a word, I want you to think about whether that word is a priority for you to learn.

Of course we all want to learn as many words as we possibly can. But there are some words that are more important than others, at any given time, and the great thing is, it’s all up to you. When you see a new word, I want you to think, “Is this word something I want to learn right now?” If it is, then you can spend some more time on it. If it’s not, then you have my permission to just look at the definition and move on. The word is not going anywhere—it will always be there for you to learn later.

Now let’s talk about the words you do want to focus on. I want you to highlight them all in the same color. Don’t stop and study them while you’re in the middle of a chapter or a section. The fun of reading a book is getting lost in the story, so I don’t want to ruin the fun by making you stop and do a bunch of things. Just highlight them in the same color. And I want you to pick about ten per chapter. If you pick 100 words per chapter, that’s way too many. You won’t learn that many words. If you just pick two or three, what’s the point? Maybe you’re not reading a hard enough book. Try to pick ten words that you want to study in more detail.

When you get to the end of your chapter, go find those ten words again. It’s easy to find them if you highlight them all in the same color. You can scan back or use the tool at the top of the page that I showed you.

Now here are a couple of options. One option is you can add your own study set to Quizlet. On one side of the card, you can put the English word. On the other side, if you’re comfortable, put the English definition. If you’re not comfortable with that yet, put the definition in your own language. What I like about this is, it’s convenient, it’s interactive, and you can use spaced repetition to study the words you need to know. Once you know a word cold—once you really know it—then you don’t need to study it as much. Quizlet will help you study those words you really need to work on. That’s one way, but I’m going to tell you right now, there is something about writing words down on real paper that is really powerful.

My second suggestion is to pick a notebook. Not a random scrap of paper, not a napkin, not the back of your receipt from the pharmacy—I mean a real notebook, and write down the words and their definitions, and maybe even the sentence in which they appeared. I know it sounds old-fashioned; I know we live in 2019, or 2020, or whenever you’re listening to this. But writing it down with your hand makes a big difference. While you’re at it, you might write down the whole sentence in which the word appears. That way you can go back and review the context you first saw it in.

The second thing I’m going to recommend you do, is this exact same thing, but instead of highlighting words, you’re going to highlight grammatical structures, groups of words, connectors, things like that. If you’ve watched some of my other videos, you know that I think one of the hardest things in language is this concept of idea connectors. They’re the ways you can complete a thought. The first video lesson I gave on this topic was the two little words, “Ever since…”. What I want you to do is highlight all these idea connectors, these little snippets of language, these devices, anything grammatical that you recognize but that you need practice with. Highlight these in a different color. This is distinct from a vocabulary word because they don’t have dictionary definitions. But I want you to highlight them in a different color—and I only want you to highlight only one or two per chapter because these are harder.

Now, what are we going to do with this. If you have a teacher, ask your teacher about it. If not, then search the internet for the phrase and try to find other examples where something similar comes up. Heck, you can always ask me and maybe I’ll make a video lesson about it. The point is, find three or four more examples on the internet or somewhere—maybe even somewhere else in the same book. Find your examples, and then start writing your own examples. Once you have them, run them by an English speaker or enter them into Grammarly or a similar tool like that to make sure you’re doing it right.

Every time you see that idea connector in the same book, highlight it. If you see it in a blog or on Plain English, make a note of it. Use them as examples to write your own sentences, but please get those sentences checked, either by a person or Grammarly. But the way you use the Kindle app is by highlighting them in another color. When you get to the end of the book, hopefully you have a few examples for each of these grammatical structures or idea connectors.

Another tip I have for you is to use Wikipedia for place and cultural references. Right from inside the app, you can look up a place name or a concept in Wikipedia. Now, not everything will have a Wikipedia entry, but if a book takes place in Seattle, you can look up the Seattle entry and learn a little something about that city. Sometimes there are words, concepts, cultural references that are not in a dictionary, but you can learn about it from Wikipedia.

Here’s how I would use it. If you’re really stuck on something, and it’s not a word you can find in the dictionary, and you can’t reasonably guess the meaning from the context, then look it up in Google Translate. If you just need a little hint to understand the meaning, then use Google Translate, and move on. If you’re still not clear, then maybe you investigate a little further. But oftentimes we just need a little hint and that’s enough. And if Google Translate can give us that hint, so that we can 1. Understand the book, 2. Enjoy the book, and 3., finish the book, then let’s use Google Translate for that purpose. Here’s one last hint for Google Translate: To get the best results, highlight the whole sentence or even the whole paragraph. That will increase the chances that you’re getting an accurate translation of the phrase that’s giving you trouble.

In the next module, we’ll do an on-screen demonstration so you can see how all of this works. Before we do, I just want to let you know, I’m not going to show you how to download the app and how to set it up. If you want to know that, I’ll post some links in Module 3. What I’m going to show you is how to do all these things we’ve just talked about right in the Kindle app.

We use cookies on our website to give you the most relevant experience by remembering your preferences and repeat visits. By clicking “Accept All”, you consent to the use of ALL the cookies. However, you may visit "Cookie Settings" to provide a controlled consent.
Cookie SettingsAccept All
Manage consent

This website uses cookies to improve your experience while you navigate through the website. Out of these, the cookies that are categorized as necessary are stored on your browser as they are essential for the working of basic functionalities of the website. We also use third-party cookies that help us analyze and understand how you use this website. These cookies will be stored in your browser only with your consent. You also have the option to opt-out of these cookies. But opting out of some of these cookies may affect your browsing experience.
Necessary Always Enabled
Necessary cookies are absolutely essential for the website to function properly. These cookies ensure basic functionalities and security features of the website, anonymously.
Functional
Functional cookies help to perform certain functionalities like sharing the content of the website on social media platforms, collect feedbacks, and other third-party features.
Performance
Performance cookies are used to understand and analyze the key performance indexes of the website which helps in delivering a better user experience for the visitors.
Analytics
Analytical cookies are used to understand how visitors interact with the website. These cookies help provide information on metrics the number of visitors, bounce rate, traffic source, etc.
Advertisement
Advertisement cookies are used to provide visitors with relevant ads and marketing campaigns. These cookies track visitors across websites and collect information to provide customized ads.
Others
Other uncategorized cookies are those that are being analyzed and have not been classified into a category as yet.
SAVE & ACCEPT